250 policemen and women come marching over the bridge adorned with yellow flags that read ‘NO naval base’. The cement trucks are already waiting for over half an hour at the top of the road. At the end of the bridge, an activist is quietly playing her guitar. 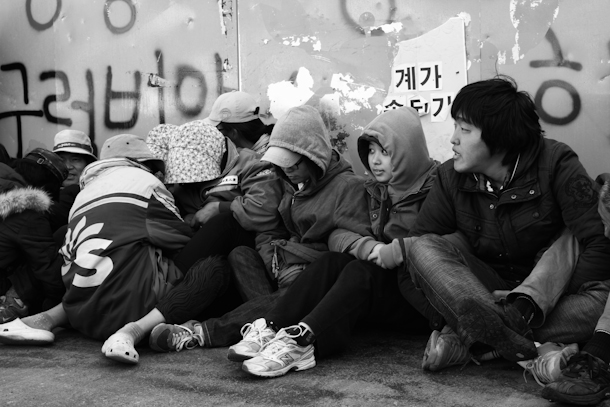 At the entrance to the construction site to build one of the largest naval bases in East Asia, the villagers and activists are getting ready. Some sit on the ground with interlocked arms and legs, other sit on the floor or red plastic chairs holding banners. Most are trying to conceal their identity. Over the past two years, over a hundred people have been arrested.

The police form two circles – human prisons – and an officer is shouting into the microphone urging the protesters to clear the way. Some people start discussing with the police and the atmosphere becomes heated. 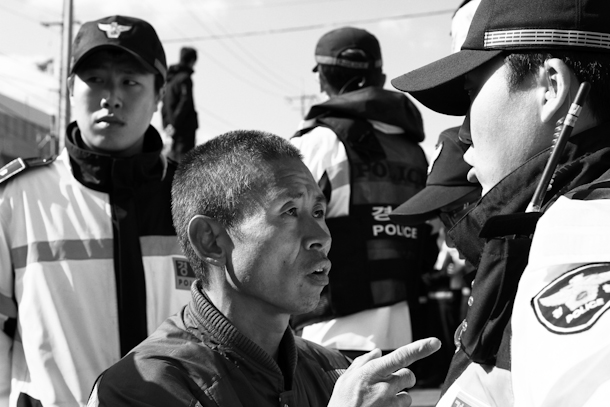 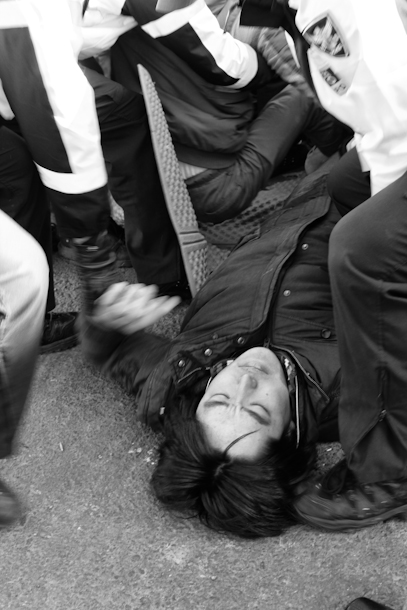 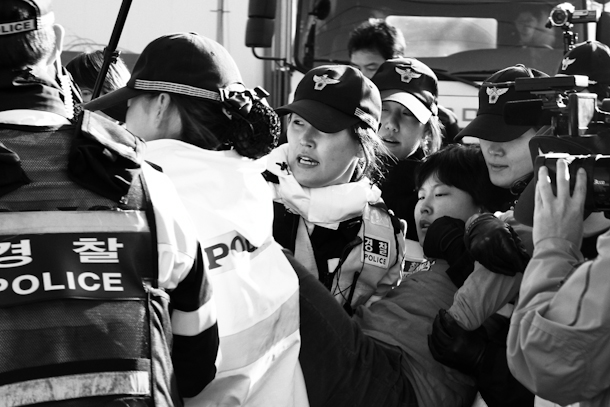 From inside the human prison the protest continues.

It takes the police about 20 minutes to clear the entrance for the trucks to drive through. Once the last truck is inside, the mass of policemen disappear back over the bridge only to be back in 45 minutes.

The same story over and over again, 24 hours a day.

Welcome to Gangjeong on the holiday island of Jeju, South Korea

All images ©2012 Carole Reckinger. Do not reproduce without written permission

My Tweets
Join 50 other subscribers